so you can shop with confidence 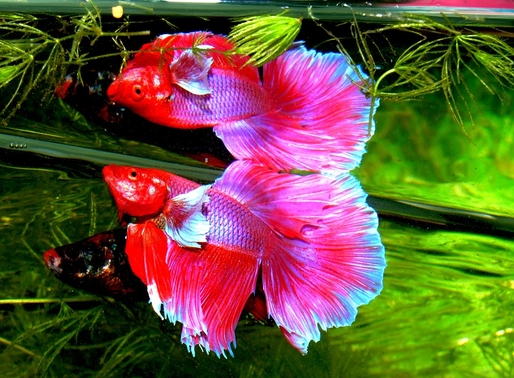 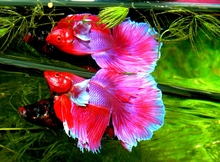 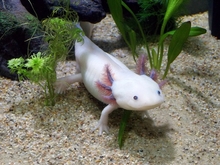 If you are setting up a home aquarium for the first time or if you are unfamiliar with the choice of technicolour, exotic freshwater fish; your go-to selection for your new freshwater aquarium might include common fish such as Goldfish, Platies, or Black Skirt Tetras.

The fish that you select for your home aquarium play a significant role in the overall aesthetics of your fish tank and they are the most effective way to make a tropical aquarium stand-out. Kaleidoscopic scales, majesty and the plainly weird and wonderful all make your freshwater fish tank a talking point.

But where do you begin choosing your vibrant and mesmerising tropical fish?

We have hand-picked a few of our favourite vivid and exotic fish that are really have an impact on an aquarium and that is also suitable for beginners. More importantly, these are freshwater fish that will be comfortable in an adequate tropical home aquarium habitat.

Siamese fighting fish, or Betta Splendens, is a species of fish native to South East Asian countries including Thailand, Laos, Vietnam and Cambodia. They are commonly found in Thailand’s Chao Phraya River and also the waters of rice paddies, canals and floodplains.

Despite their sometimes fractious nature, the Siamese fighting fish is one of the most beautiful and captivating freshwater tropical fish species. Siamese fish colour palettes cross a broad spectrum, but the most common and most striking is a vivid cobalt blue scales with an elegant and fluid scarlet red fins and tail.

Here are some basics for keeping healthy and happy Siamese fighting fish in a home fish tank:

·         The recommended water temperature is between 24°C and 28 °C, but they have been known to survive in extreme water conditions in the wild

·         For these fish to thrive, and survive, you need a large tropical fish tank setup. A home aquarium with a 20-litre water capacity should be the minimum

·         You can home female bettas together and one male with other females, but try to avoid more than one male in the same tropical aquarium

·         No Siamese fighting fish are compatible with other colour fish species, regardless of gender

Flowerhorn Cichlid’s don’t make an impact on your freshwater aquarium for their vibrant colours alone, but also for their uniquely shaped head. The Flowerhorn Cichlid is a man-made cross-breed that originates from Malaysia in 1993, but they do exist in the wild as a result of a number of releases.

The Flowerhorn Cichlid is a popular freshwater aquarium fish to keep by European and US hobbyists, but their importation into Australia was banned some years ago. Malaysian’s had been fascinated with Kaloi fish, also known as Warships, because of their protruding head. It is then they became inspired to create a hybrid of their own - welcome the Flowerhorn Cichlid.

Flowerhorn’s are adorned with bold colours, usually oranges, blues and greens, although this varies widely between the various breeds. The main breeds of Flowerhorn Cichlid’s are:

Here are some important points to note if you want to keep these unusual tropical fish in a home aquarium:

·         When looked after properly, Flowerhorn Cichlids can live up to 12 years in a freshwater fish tank

·         For Flowerhorn Cichlids to be fully comfortable they need an extremely large aquarium, this is usually a minimum of 250 litres or a 55-gallon fish tank. If you are breeding these tropical fish the tank needs to be even bigger at a minimum of 681 litres

Electric Blue Jack Dempsey’s, now called Rocio Octofasciata, is widely regarded as one of the most beautiful tropical aquarium fish in the world – who are we to disagree!

The breed originates from Central America, in particular, Guatemala, Honduras, Belize and Mexico, but you will also find Electric Blues in many warmer climates around the world whether this is due to escapes or physically introduced.

The Electric Blue Jack Dempsey, quite literally, has stark, metallic, electric blue scales that glisten in the water from all angles. The average size male can reach up to 10 inches, although the size of males commonly hovers around the 8-inch mark and females at 6 inches.

The neon hues of the Electric Blue are sure to have heads turning in your tropical home aquarium, but how should they be looked after?

·         The diet of Electric Blue’s isn’t too complex. They feed on pellets mainly, although they do enjoy the occasional earthworm

The axolotl is the curveball of our freshwater fish selection, as it is not actually a fish, but an amphibian. Ironically, also known as the Mexican Walking Fish the axolotl is a neotenic salamander that originates from Mexico, of course, most notably Lake Xochimilco.

The amphibians became close to extinction after a four-month-long search in 2013 resulted in no Axolotl being found in the wild. However, after two Axolotl was spotted some months later, Mexico City has become actively involved in conserving the amphibians.

Instead of developing lungs and becoming land animals like most amphibians, Axolotl’s remained gilled in adulthood and therefore settled for an aquatic life. They are fairly small amphibians, ranging in length from 6 to 18 inches and their bodies and digits are thin.

If you want to keep Axolotl’s in a tropical fish tank set up at home, here are some pointers for keeping happy and content amphibians:

·         Water temperature is extremely important. You must keep your home aquarium between 16°C and 18°C to ensure adequate food intake and eliminate the chance of stress.

·         Axolotl is known to ingest substrates with their food, which can be harmful. It is recommended that you use gravel that has smooth particles, small enough to pass through the digestive tract. Regular fish tank substrates can be detrimental

·         They will eat many readily available foods, such as salmon or trout pellets, bloodworms, waxworms and earthworms

If you don't know where to begin when setting up your tropical aquarium, or if you have any questions about our aquarium supplies and products, please call us today on 01922 416 284 and we will be happy to help.

< Back to Blog
Newsletter Signup